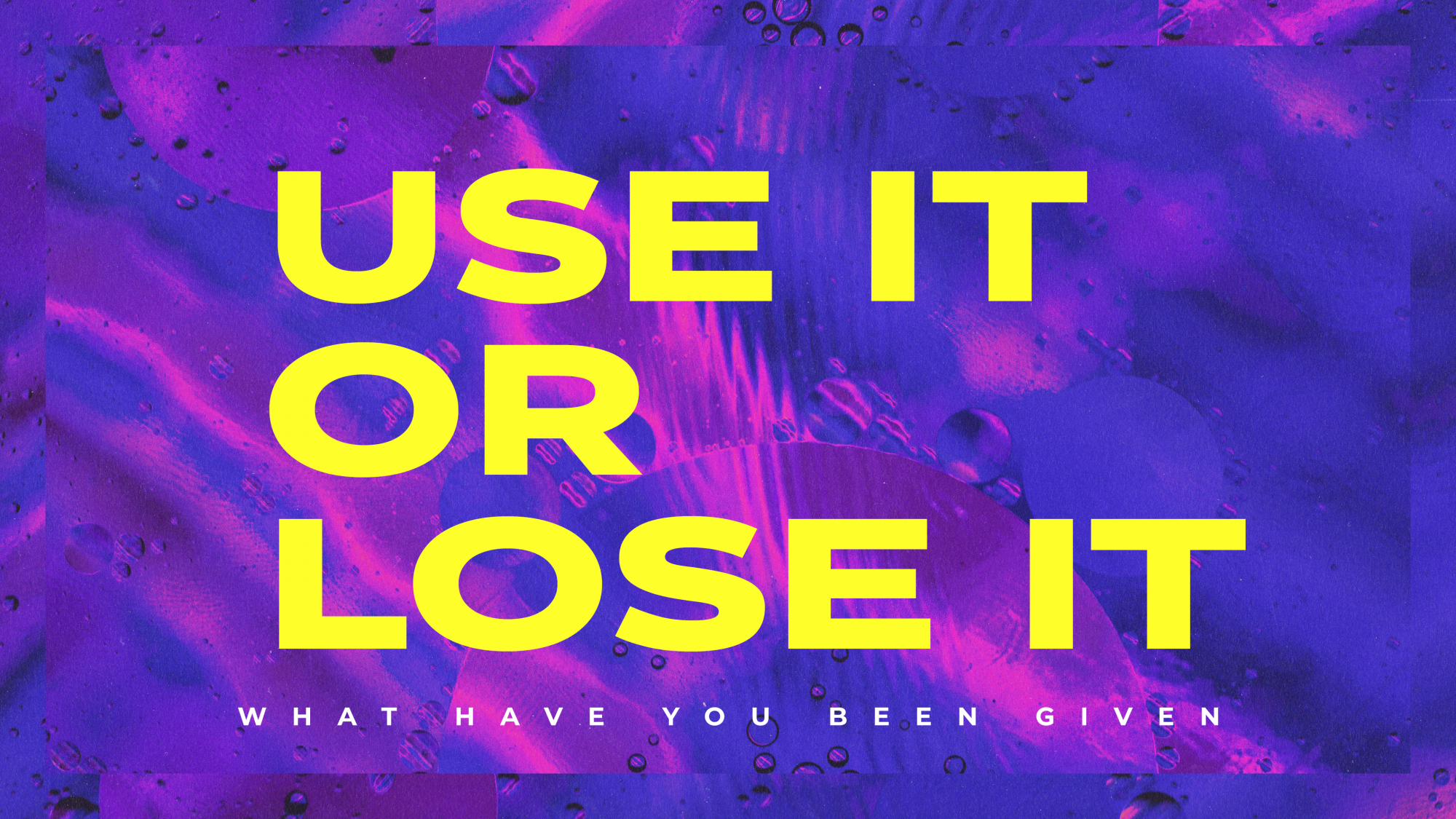 What have you been given?

In the story we read, we find 4 people
– The owner of the house
– 3 servants – each given different levels of responsibility

Each given Responsibility and Possibility

Let’s talk about those for a second

Responsibility isn’t always fair
– Some have more, some have less

“In the kingdom of Christ, not all responsibilities are equal, nor are we all expect to perform at the same level of competence, but all are expected to do their best as faithful stewards.”

Think about the servants who had 2 and 1 talents – Did they have responsibility? (Yes)
– Did one have less than the other? (Yes)
– Was one faithful and one not (Yes)

Responsibility isn’t about size or importance, its about faithfulness

Time
– What dominates your time
– Are you living with margin

Talent
– Natural gifts
– Are you living for your calling?

Treasure
– How do you use your resources?
– Self-gain over Others
– One leaves you fulfilled, the other leaves you NEVER filled

Here’s what’s important to remember about these three
– You may think you control them, or own them but you don’t

Time – Can’t make more of it. Don’t know how much you have
– We usually waste time – God redeems it

Talents – God gave them to you
– If you have talent, did you choose to have it
– You can make it better but you can’t choose it

Treasure – This one is tricky
– I earned it
– But did you really
– Who gave you the capacity
– Who put you in that situation?
– Who orchestrated the events leading up to it?
– The second you think you own your treasure is the moment it owns you

Matthew tells us that each servant had “talents” that were given to them by their master
– Who’s talents where they?

They had “Responsibility of Care”

Here is our question again: What have you been given?
– What is your “Responsibility of Care”
– To use what God has given us to return it back with interest

Some more example of responsibility:
– Influence
– Your relationships
– Your kids
– Your Character

But responsibility is only part of the job

Responsibility paves the way for Possibility

But that’s not really how it works
– We have to take risks, even when we don’t know the outcome

He will never waste them — He will grow them!

Use it or Lose it

But if you don’t use it, You will lose it