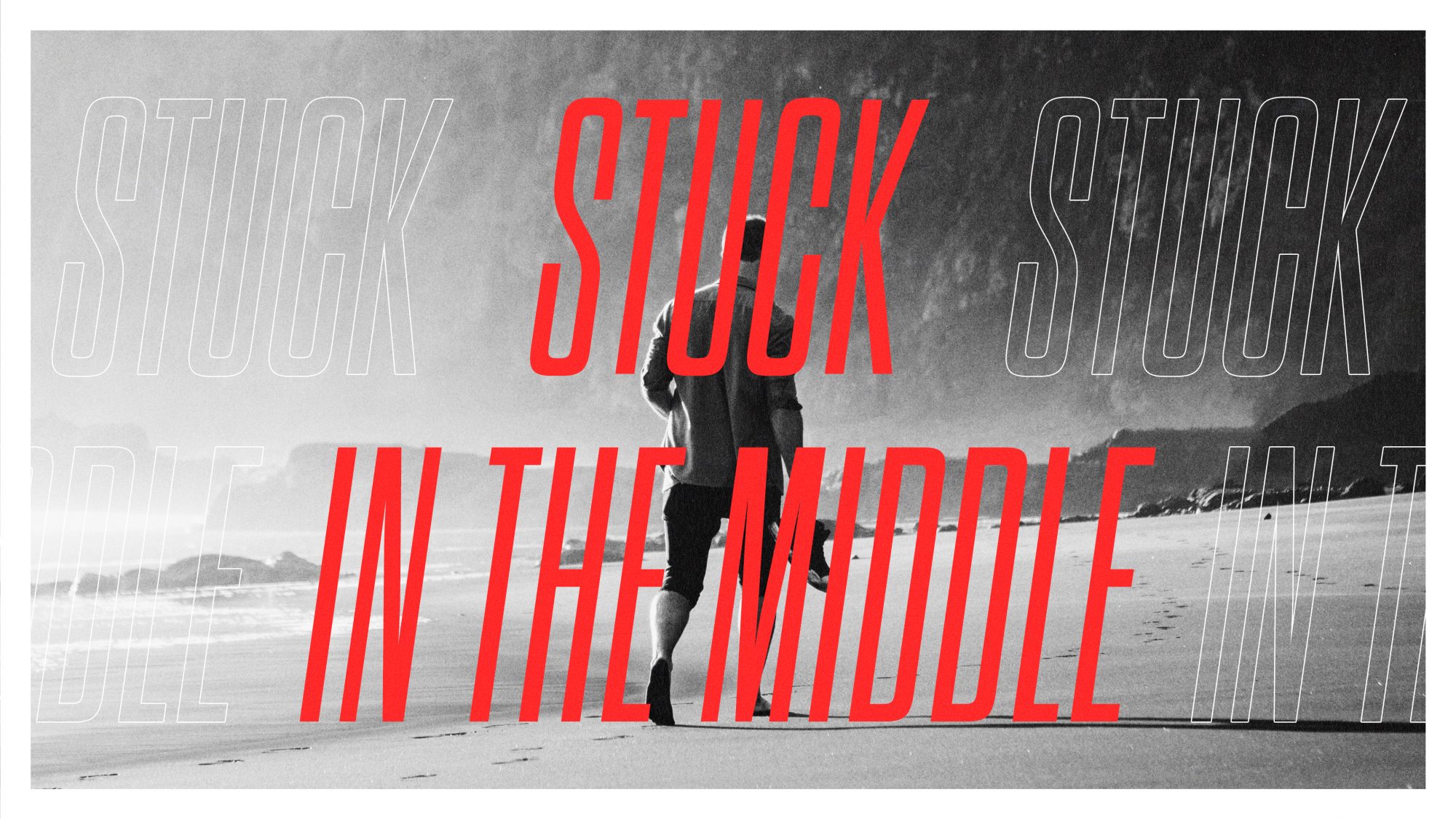 Stuck In The Middle

Flying to Africa in the middle seat

– No one wants the Middle!

►Nobody likes the Middle

►There are some examples of Middle Places we find ourselves in

►The Middle is uncomfortable

►The Middle is unfamiliar

The Middle is dangerous

– Many people go off track in the Middle

The Bible doesn’t use the world “MIDDLE

– Instead calls it the WILDERNESS

What is the wilderness?

10 As Pharaoh approached, the Israelites looked up, and there were the Egyptians coming after them! The Israelites were terrified and cried out to the Lord for help. 11 They said to Moses, “Is it because there are no graves in Egypt that you have taken us away to die in the wilderness? What have you done to us by bringing us out of Egypt? 12 Isn’t this what we told you in Egypt: Leave us alone so that we may serve the Egyptians? It would have been better for us to serve the Egyptians than to die in the wilderness.”

They were in the Middle

They would rather be in the miserable place they knew than in the scary “MIDDLE PLACE”.

But there is purpose in the middle seasons.

– Can either speed us up or slow us down

– One jumps in without thinking

– One never jumps because of overthinking

So of you are in a middle season, and God is telling you to SLOW DOWN!!

– Be ok with sitting still

This type thinks the only thing that will get them through is pushing harder, but instead only extends their stay in the Middle

God is telling you in the season its time to move NOW!!

– Your overthinking is motivated by fear and control

– You know what you should be doing, have courage!

3 But we also boast in our afflictions because we know that affliction produces endurance,

5 This hope will not disappoint us because God’s love has been poured out in our hearts through the Holy Spirit who was given to us.

►2 – A middle season PURIFIES Us

We are remarkably good at ignoring those things

– A middle season brings them to the surface

►►God can’t heal you of something you won’t confront

6 God resists the proud but gives grace to the humble.

7 Therefore, submit to God. Resist the devil, and he will flee from you.

8 Draw near to God, and he will draw near to you. Cleanse your hands, sinners, and purify your hearts, you double-minded.

If you have been stuck in a middle season, you may need to confess and give up (renounce) your shortcomings.

13 Those who hide their sins won’t succeed,

but those who confess and give them up will receive mercy.

►God may have you in this middle season to purify you

– to make you better

– It helps up get unstuck

►Maybe you need to confess to God

►Maybe you need to confess so someone else

– Admit to something in honesty

1 Christ has set us free! This means we are really free. Now hold on to your freedom and don’t ever become slaves of the Law again.

►►The middle season usually are not fun, but they are powerful

►Are you in the middle season?

God is trying to: