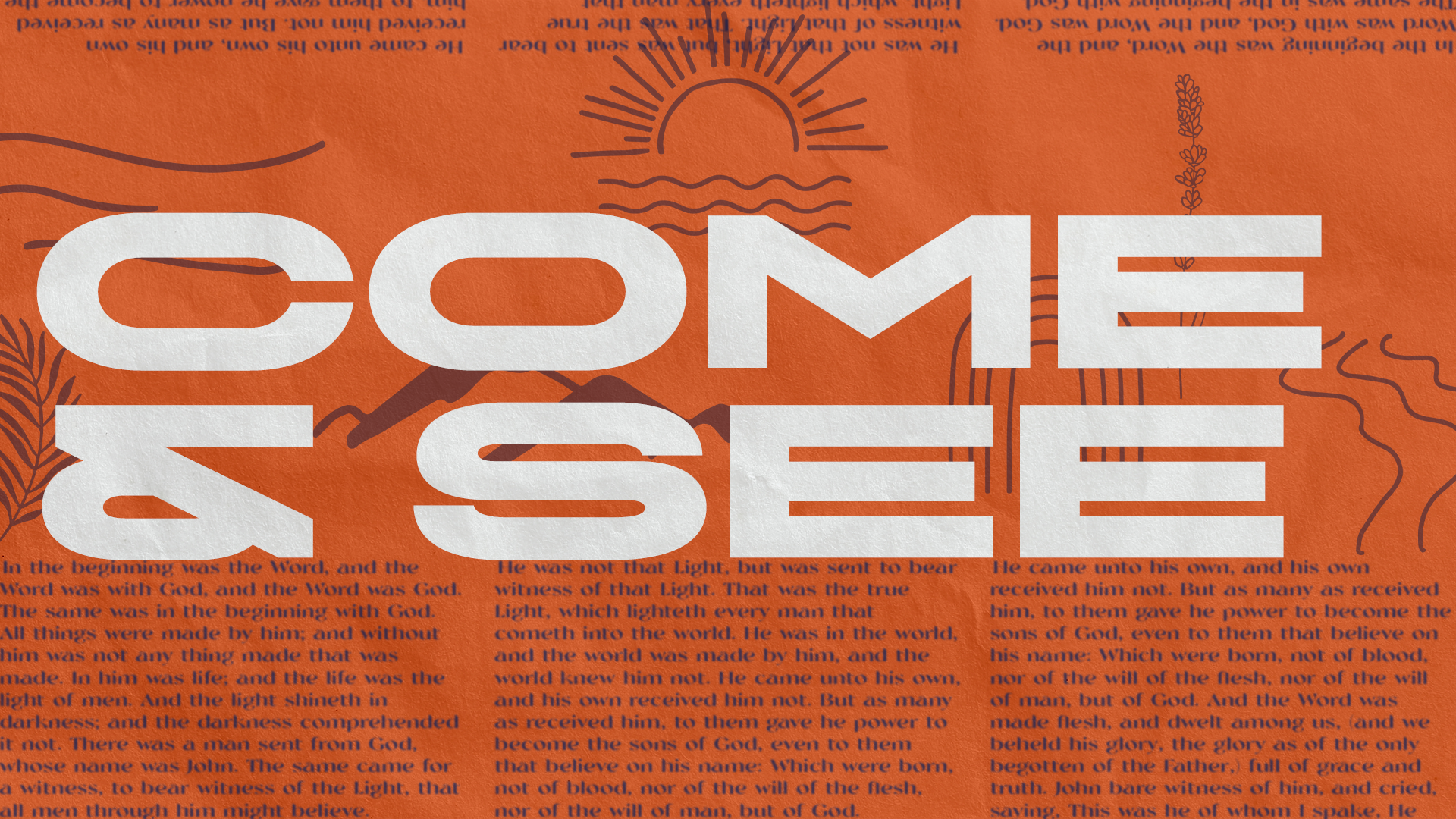 Come and See || What was Jesus’ Mission?

Most would answer – To die on the cross for our sins

There is a danger in thinking this way

Something every believer must understand

Heaven is not the ultimate goal
Luke 4

16 He came to Nazareth, where he had been brought up. As usual, he entered the synagogue on the Sabbath day and stood up to read. 17 The scroll of the prophet Isaiah was given to him, and unrolling the scroll, he found the place where it was written:

18 The Spirit of the Lord is on me, because he has anointed me to preach good news to the poor. He has sent me to proclaim release to the captives and recovery of sight to the blind, to set free the oppressed, 19 to proclaim the year of the Lord’s favor.

20 He then rolled up the scroll, gave it back to the attendant, and sat down. And the eyes of everyone in the synagogue were fixed on him. 21 He began by saying to them, “Today as you listen, this Scripture has been fulfilled.”

All spoken in the present

Nowhere does it say, I just came to die for the sins of the world

That’s because Jesus came for a MUCH BIGGER purpose,
Simply put:

Jesus came to Reclaim and Proclaim God’s Kingdom on Earth

To fully understand what that means, we need to look at the larger story and context

We must understand what was lost…

God’s purpose was to always rule the Earth ALONGSIDE Humanity

The Lord said to Abram:

1 Go from your land, your relatives, and your father’s house to the land that I will show you.

3 I will bless those who bless you, I will curse anyone who treats you with contempt, and all the peoples on earth will be blessed through you.

When Jesus showed up, he specifically starts talking about the kingdom of God

18 The Spirit of the Lord is on me, because he has anointed me to preach good news to the poor. He has sent me to proclaim release to the captives and recovery of sight to the blind, to set free the oppressed, 19 to proclaim the year of the Lord’s favor.

So how did Jesus start to reclaim humanity and the world?

Our world is full of:

But Jesus at the beginning of His ministry says this…

15 “The time is fulfilled, and the kingdom of God has come near. Repent and believe the good news!”

This leaves us with two options:

Earlier we said this:

God’s purpose was to always rule the Earth ALONGSIDE Humanity

We can say it a different way

God’s purpose is to rule the Earth ALONGSIDE Humanity

To understand how this is accomplished, we need to talk about temples…

Temples then and now

Temple represented the place where heaven and earth met

God’s space and our space

Garden of Eden was a temple

God met with Israel, His people, he did so in a temples
But temples have problems

Temples will not help reclaim this world to its former glory

Temples do not bring God’s kingdom to the whole world

18 Flee sexual immorality! Every other sin a person commits is outside the body, but the person who is sexually immoral sins against his own body. 19 Don’t you know that your body is a temple of the Holy Spirit who is in you, whom you have from God? You are not your own, 20 for you were bought at a price. So glorify God with your body.

As Temples of God’s Spirit, we reclaim the world for God’s kingdom when we Proclaim the good news of Jesus

Can’t be a temple of two kingdoms

Where is your allegiance?

How we Reclaim like Jesus: Take back (I’m taking it back!)

Take back what the enemy has stolen from you

Announce the Good news of God’s kingdom to

Here is your take-home today